The Joy of Depression


A few years ago, before I came on the scene (So I can't be blamed.) my female staff went into the bathroom one morning to find my male staff standing in the shower, weeping uncontrollably. Her first thought was that he had run out of shampoo and had realised that he was going to have to get out of the shower, dry himself, fetch a new bottle of shampoo and then start all over again. A quite horrific prospect for someone who doesn't like showering much in the first place. But then as she watched, he climbed slowly out of the shower and still dripping wet, sobbing and naked he slid to the floor.

Strange, thought my female staff. He doesn't usually do that unless he's drunk, but since it was only six thirty in the morning she felt that this was unlikely - even for him. Normally she would have kicked him in the ribs and told him to get up off the floor and get her breakfast ready, but something told her that on this occasion all was not well. It may have been the loud, ragged sobs tearing from his throat, but she thought that perhaps a gentler approach might be more appropriate. Between sobs he declared that he couldn't go back to his work as a travel agent. That was quite obvious. Nobody wants to buy a holiday from someone who's tears are soaking their brochure. 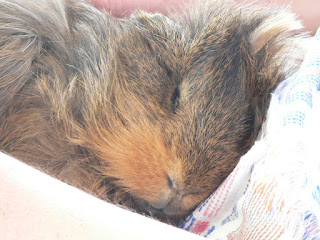 A cute photo of yours truly will relieve anyone's depression.

When he finally uncurled from his foetal position and stopped weeping my female staff drove him to the local doctors surgery, where all the doctors were out playing golf, but he was able to see one of the cleaners. I'm kidding of course. It wasn't a cleaner at all. It was a courier with an urgent delivery of a new set of golf clubs for one of the doctors. Anyway, the courier diagnosed my male staff as having anxiety and depression. He had little to be depressed or anxious about and yet something odd happened in the depths of his pea sized brain, some sort of chemical imbalance. It happens to thousands of Australians and millions of people around the world. For some it becomes unbearable and they end their own lives. Luckily it didn't strike my male staff in that way, though it's true that for a while he didn't really care one way or the other whether he lived or died, there was no way he was going to harm himself since he is entirely allergic to any sort of pain.

Why am I telling you all this? Well, I don't want my male staff's fellow depression and anxiety sufferers to think that they are on their own. My male staff overcame his problem with the help of medication (which he refers to as his loony pills), exercise, and an enormous amount of support from my female staff and his employer. Just know that there are ways out of the blackest depression and there are people that can help. In Australia there is Beyond Blue  http://www.beyondblue.org.au/index.aspx? and no doubt there are similar organisations in your country too.

BADGERS FOOTNOTE
I'm having a week off from doing a footnote this week. Oh bugger! I've just done one. 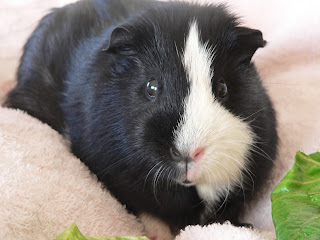 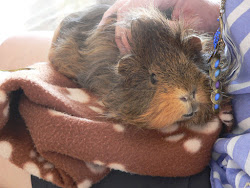